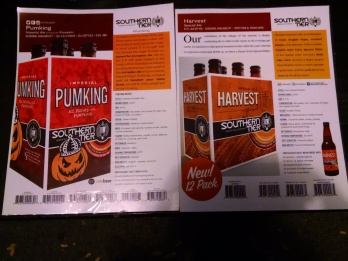 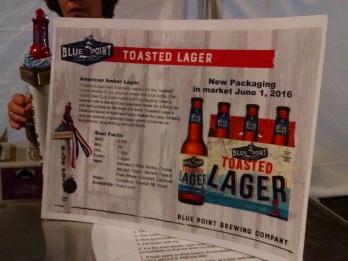 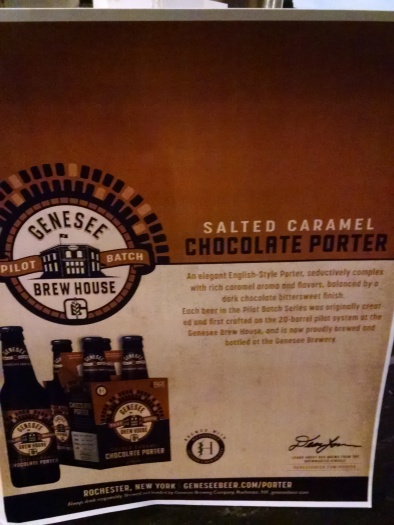 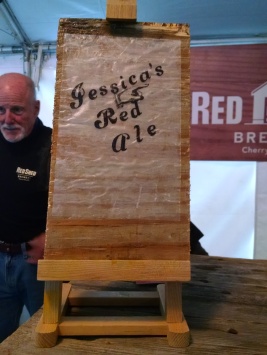 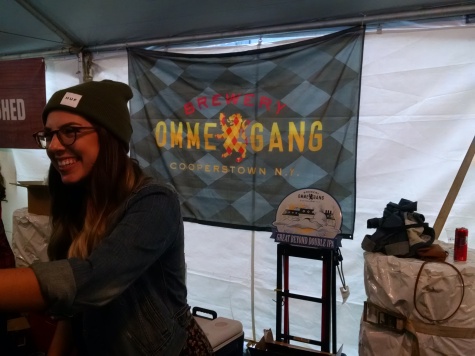 Don’t you just love a fall beer fest? The place is Cooperstown, New York, the time, Columbus Day weekend. Set up right in front of the Baseball Hall of Fame, the America on Tap tents stretch for several blocks on Main Street. Great beer with great friends; the only thing missing is great weather.

“America On Tap is the foremost producer of premium craft beer festivals in the country, and the first and only nationally integrated entertainment series for craft breweries. With more than 60 planned beer festivals in 2016, each featuring more than 50 sought after craft breweries and their highly-anticipated releases, America On Tap delivers beer sampling in a robust atmosphere filled with live music, great vendors and delicious food.”

Thirty-six  different vendors were featured at the Cooperstown beer fest of which New York state craft brewers were well-represented. Ommegang and Keegan Ales are two well-known craft breweries of upstate NY. Red Shed Brewery, a small-batch, hand-crafted newcomer hidden in the hinterlands of Ostego County, had two tasty offerings, Jessica’s Red Ale and Bourbon Barrel Aged Porter. Jessica, who is one-half of the husband and wife brewing team, is the inspiration for Jessica’s Red Ale, a lower-hopped ale made with Red Wheat and Cascade hops.

Offerings from downstate NY included Hoptical Illusion and Toasted Lager from Blue Point Brewery and Octoberfest and Post Road Pumpkin Ale from Brooklyn Brewery. The Big Boys in attendance were Sam Adams, Guinness, Dogfish Head, and Harpoon. Craft breweries from around the country included Bell’s Brewery from Kalamazoo, Michigan, and Lagunitas from California (half-owned by Heineken).

October is when breweries typically introduce their Octoberfest, hard cider, and fall seasonal beers. Pumpkin ales were offered by Brooklyn Brewery, Ferrari Beer, Dogfish Head, and Southern Tier. Southern Tier’s Pumpking was a hit with me for its pumpkin pie spices, i.e. cloves. The Salted Caramel Porter from Genesee Brewhouse was also a huge hit with the crowd. From stouts and porters, to lagers and ales, to hop-head appealing IPAs, there’s a beer to satisfy every taste.

It was fortuitous that the event was set up under tents since it rained about halfway through. We didn’t bring umbrellas but I was glad to have worn my waterproof Colombia jacket. The live band added to the party atmosphere although the focus was definitely the beer. My one suggestion to America On Tap would be to coordinate with the vendors to provide dump buckets and water pitchers similar to wine events. We did a lot of sampling and didn’t necessarily want to finish what was in the glass.

We drank our fill almost an hour before the end of the 3-hour event. I’d recommend the VIP tickets, which allow you to enter an hour early, only if you prefer to avoid a crowd. Even though we squeezed into the covered area to avoid the rain, the throng was still maneuverable and we had no trouble getting from tap to tap (or bottle to bottle as most beer was served.)

I've been writing the Boozy Lifestyle blog since 2014 and recently expanded upon it to create my new book, Boozy Lifestyle: Elevate The Everyday With Booze As Your Muse. The book is a collection of stories celebrating and inspiring everyday life with entertaining tales of wine, food, booze, travel, and family, and including over 50 food and drink recipes. Visit me on Twitter at J Reilly@Boozy_Lifestyle or BoozyLifestyle.com View more posts