Misadventures in Real Estate is a humorous six-part series about selling our home. In case you missed them, here are Part 1: Nature Abhors A Vacuum, Part 2: Don’t Bet On The Weather, Part 3: Selling Your House Is Emotional, Part 4: The Realtor Cam-Oh Yes I Did!, and Part 5 – Deal or No Deal

Part 6 – In Spite Of Misadventures, We Have Much To Be Thankful For

I’ve talked with lots of realtors through the years, two of whom I call friends. In addition to the realtor we chose to list the house, we spoke with a half dozen more. Realtors tend to impart their wisdom with a cache of axioms that, when selling your house, you wish weren’t true.

“Every house will sell…for a price.” When you first meet with realtors, this saying is meant to sound encouraging. The subtext is “as long as you price it the way I recommend, I can sell your house for you”. As time goes on and you drop the price because your house hasn’t sold, the subtext changes to “the price will be so low that buyers won’t be able to resist!”

“Location, location, location.” Our house didn’t have a lake or mountain view, but I thought some aspects of our location were advantageous; trees for privacy, wildlife, quiet street, access to main roads for commuting, nice neighborhood and a good school district to name a few. The truth in the cliché was that buyers wanted a flat lot big enough for a swing set and didn’t want to pay high property taxes on woodlands. 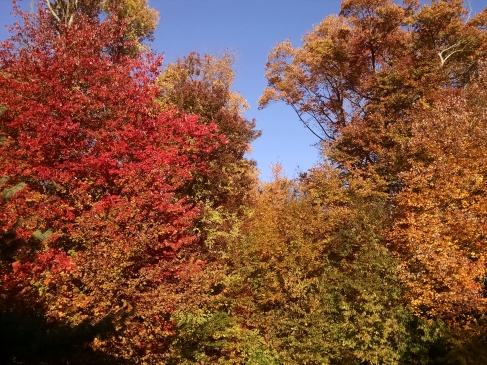 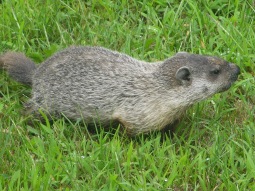 After the second deal fell through, we re-evaluated if we should take the house off the market and do some home improvements. But now that the main bone of contention for our potential buyers is the high property taxes, renovating may cost us money that we won’t recoup. Also, it would leave us with the dreaded prospect of trying to sell the house in the dead of winter again. Five months into our 6-month listing, we agree with the realtor to go for a drastic price drop. Selling at this price will make us the cheapest house in the neighborhood by far, a distinction that we are surely not worthy of. But at this point, we just need to get the job done.

We got offers from two buyers who bid against each other, resulting in a full (much reduced) price offer. Finally, things seem to be going our way. During negotiations we agreed that we would repair or provide credit to fix our driveway which had some cracks and a pothole, made worse by the heavy moving trucks. We sent their lawyer a detailed written estimate from an asphalt company. It seems to be standard operating procedure for lawyers that whatever you offer, they ask for double. This is where I put my “answer a question with a question” technique to use. Why are you entitled to twice the amount shown on the written estimate? His answer was to accept the credit amount and move on.

The home inspection was uneventful with one exception. We failed the radon test with a result of 4 pCi/L. If you’re not familiar with radon, it’s a naturally occurring radioactive gas that emanates from the ground and in some areas gets into homes and buildings. Our home was built with a radon mitigation system installed so I didn’t assume for one minute that their test result was correct. At our own expense, we had a professional radon contractor re-test. Results showed a .4 pCi/L, with the decimal point determining the difference between safe and unsafe. I guess you could say it cost us $185 to prove a point.

With the house closing looming in just a few weeks, we set our sights on the final cleanout. Everything we used on a regular basis and all the furniture that could fit had been moved to the new house. The remaining effort was divided with me dealing with closets and cupboards full of household effluvia and my husband processing the basement and garage. Leaving behind a bed, sofa, and kitchen set made the days we worked there more comfortable.

Items packed in boxes and plastic bags were placed in the garage as a staging area for loading the car. The Amazon roof bag performed like a champ for increasing capacity. Each trip we thought would be the next to last, but somehow more crap kept appearing as if were breeding in the closets while we were away. We were wrong in thinking that phase two of the crap removal project would be easier than phase one.

One trip to the old house was focused on removing electronic equipment that, for environmental reasons, can’t be disposed of in the trash. Staples will recycle computers, monitors, printers, fax machines, and all kinds of electronic stuff for free. We filled a large shopping cart from the carload we brought, then realized we needed a second shopping cart, and filled it to the brim. We enter the automatic doors, each pushing a fully-loaded cart, thinking that someone is going to tell us we brought too much stuff and we’ll have to load it back in the car. So far, we’re not on the employee radar. I wait with the carts as my husband inquires as to where to drop off recyclables and is directed to the left side of the customer service desk. While the employee is distracted with a customer, we stealthily wheel the carts to the drop off location and make a quick getaway. As we fast-walked out the sliding doors I yelled, “Start the car” to no one in particular.

The final days of the crap removal project turned out to be a Herculean effort. I counted roughly 200 trips up and down the stairs carrying boxes, bags, and trash over a 2-day period. If I was wearing a fitness tracker, it would have exploded. My legs ached so bad that on the second day I decided to take an Advil after breakfast, not only for existing discomfort but also in anticipation of another grueling day of hard labor. I reluctantly made yet another trip upstairs to the bedroom where I had my suitcase and over-the-counter drugs. I grabbed a pill out of the pill-box and quickly gulped it down with a mouthful of water. As the pill glided down my gullet, I realized I had just swallowed a sleeping pill.

In the final hours, Craig’s List, College Hunks Hauling Junk, and U-Haul saved the day. A large sectional sofa, entertainment unit, bookshelves, desk, and the kitchen set were quickly spoken for when listed for “free” on Craig’s List. It’s funny how people say they would like to have your furniture but don’t have a clue about how they will move it. After a few blowouts over logistics, I begin to question the ad responders more carefully. Do you have a truck? Do you have someone to help you carry it? A college kid tells me he wants the sectional, desk, and bookshelves and is coming to pick them up with an SUV.

After trying unsuccessfully to put the sectional sofa in or on top of the SUV, college kid calls his mom. Upon surveying the situation, his very nice and resourceful mom tells him to rent a U-Haul. My husband spent the better part of the day disassembling the bookshelves and desk for them and they fit most of the free furniture in the U-Haul, saving us some expense on junk removal. Plus, we got the satisfaction of knowing that our furniture will be the envy of student apartment dwellers throughout Hoboken.

Next, we scheduled a professional junk hauling company called College Hunks Hauling Junk for the remaining items that were too large for curbside trash pickup. Not to be too snide, but they are “college hunks” in name only. They muscled a forsaken entertainment tower upstairs from the basement, the king-size bed downstairs, and a few other heavy objects out to the dump truck to be carted away.

After leaving a mound of trash on the curb, we’re left with a pile of crap stragglers consolidated in the garage for packing. It’s more than will fit in our SUV, so it’s off to rent a U-Haul of our own. Once everything is packed in the car and U-Haul, we do a final house check. After weeks of having crap strewn about in evolving stages of disposal, the house looks really great. It’s an emotional moment; proud of what we accomplished, relieved that it’s over, and yes, I’ll admit, sad to be seeing it for the last time. We say good-bye and begin our 3-hour drive home.

The buyer’s walk-through takes place in the late afternoon two days later, with closing scheduled for the following morning. Just as cocktail hour is starting, I receive a text from our realtor accompanied by a photo. There is a water stain on the ceiling of the master bedroom. We had been through the house with a fine-toothed comb less than 48 hours ago and there was no water stain on the ceiling. Needless to say, the issue created fun and games at the closing the next morning. We chose what was behind door number three, leaving behind a $3000 escrow to repair whatever caused the leak.

Stain photo courtesy of our realtor

For several weeks after the closing, I suffered from PTSD; but gradually I got back to my old self living my Boozy Lifestyle. It’s true that ours became the cheapest house in the neighborhood, selling about $120,000 under what the comps from last year had shown; but things could have been worse. We’re thankful that we didn’t have to maintain an empty house until next summer, since clearly the house was not a winter seller. We’re thankful that the house was not “underwater” (when the mortgage is higher than market value or sale price.) In spite of the price decreases, we still came out a little bit ahead. And with the proceeds from the sale, I splurged and treated myself to a new set of wheels.

Scroll down for a photo of my new wheels! 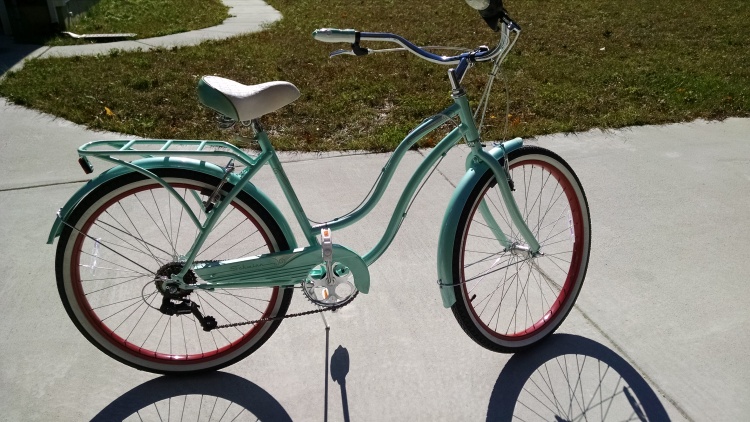 3 thoughts on “Misadventures in Real Estate: Part 6-In Spite Of Misadventures, We Have Much To Be Thankful For”