In the spirit of drinking games that have you take a sip whenever a word or phrase is spoken, we’ve adapted our version to Philadelphia’s Action News and the code word is “Schuylkill” (pronounced SKOO-kul). Since we’re new to the area, the place name Schuylkill has a novel sound to our unfamiliar ears. And it provides plenty of opportunity for sipping with the Schuylkill River flooding or the Schuylkill Expressway backed up with traffic.

The several places that we’ve called home in the past were suburbs of the iconic city of New York. Long Island, where I grew up, is a prototypical example of a bedroom community. Monday through Friday the Long Island Rail Road (known as the L I double R to locals) shuttles 350,000 riders from places like Hicksville, Wyandanch, and Ronkonkoma to work in New York City. “The City”, as we referred to it, wasn’t just a source of income for Long Islanders; it also filled the cultural gaps with a full spectrum of diversity from classical music at Lincoln Center to punk rock at CBGB’s, from the Metropolitan Museum of Art to the Museum of Sex, and from Harlem to Chinatown, and so formed much of our identity.

Local television, radio, and newspapers kept us well-informed about the City. Local news featured the City’s politics, crime, entertainment, weather and traffic. Place names such as Houston Street or the Kosciusko Bridge that were often mispronounced by newcomers, were as familiar to us Main Street or First Avenue. When I was little, my parents drove us over the Throgs Neck Bridge, which I mistakenly heard as the “Frog’s” Neck Bridge. I remember thinking how ridiculous it seemed to name a bridge after a frog’s neck since a frog barely even has a neck.

Where we moved to in northern New Jersey had a slightly different landscape. Our neighborhood was hilly, with houses on larger lots and more wooded areas separating them. A few new place names like Wanaque, Mahwah, and Ho-Ho-Kus were added to our locality repertoire. But since the City remained the sun around which life in the suburbs orbited, many of the place names remained as old familiar friends. Although we had relocated to a different state, the most noticeable difference was that we had to travel east to get to the City instead of west.

Our recent move has taken us to Cape May County, as far south as you can get in the state of New Jersey. Getting to know the area, we became familiar with beach towns like Villas and Wildwood, and the mainland towns like Woodbine and Rio Grande. It wasn’t until we began watching local news in our new house that we realized that Philadelphia had replaced New York City as the center of our cultural and media universe. We see live shots of Philly’s City Center instead of Rockefeller Center and sports news reports on the Eagles and Phillies instead of the Giants and Yankees. Philadelphia news covers what they refer to as “the shore” including New Jersey’s Cape May County and Atlantic City. We haven’t moved to South New Jersey; we’ve moved to East Pennsylvania!

I don’t mean to rag on New Jersey (I’ll leave that to the rest of the country), but I get the feeling that New Jersey is missing its own identity as a state.  If north Jersey is perceived as West New York and south Jersey as East Pennsylvania that leaves just a bit around the middle that’s probably associated with the series “Jersey Shore” by out-of-towners. Poor New Jersey!

Although this year was dominated by the theater-of-the-absurd Misadventures In Real Estate, we are enjoying our new environs immensely. I’ll leave you for 2018 on a positive note: Year In Review in photos. 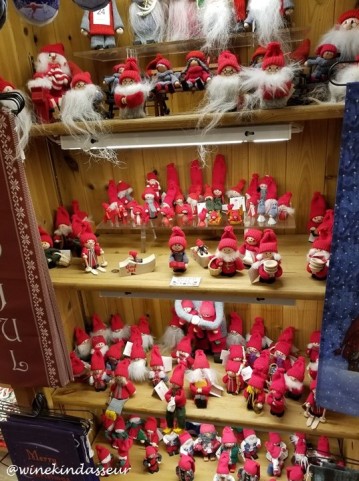 3 thoughts on “A “State” Of Mistaken Identity”